GEORGE MAGNUS RUMINATES ON THE PROBABILITY OF CHINA’S MINSKY MOMENT 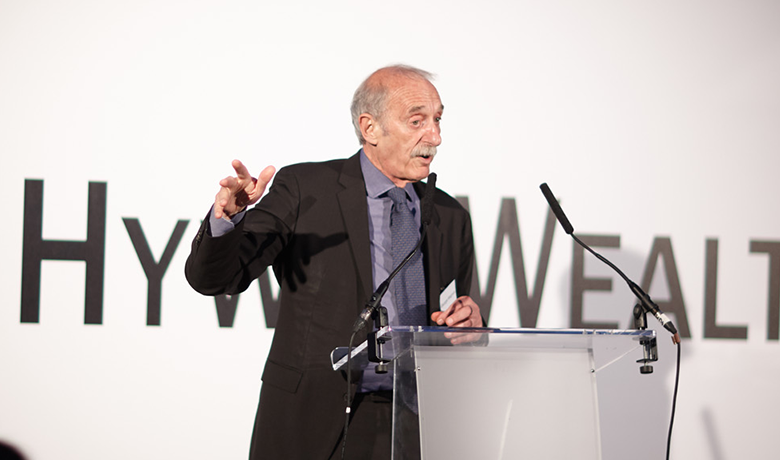 A Minsky Moment is a sudden major collapse in asset values. It is a phrase coined by Paul McCulley of PIMCO in 1998 to describe the Russian Financial Crisis and was named after Dr. Hyman Minsky, an economist. Minsky’s theory was that long periods of prosperity lead to debtfueled speculation and ultimately credit crunches. When everyone finally wants out, there is nowhere to go and liquidity dries up.

George Magnus, former Chief Economic Advisor to UBS is no stranger to Minksy moments as he is one of the handful economists who correctly predicted the global credit crisis early on.

Addressing an Anglo/Euro-Chinese audience at the Gherkin last night Magnus was the Keynote for Hywin Wealth – the UK’s first Chinese owned boutique wealth manager. As a renowned China expert he spoke at length about what he called the four economic traps of emerging economies.

1. The Middle-Income Trap: is the situation where emerging economies hit a ceiling in terms of average salary. This reflects industrial policy and price competition from lower cost jurisdictions. The only way out is to move up the value curve through increased innovation and stronger. With expected membership of the OECD in the next decade and emerging leadership in Green technology for example, China seems set to escape this particular snare.

2. The Debt Trap: is classic Minsky. Overleverage and poor underwriting leads to defaults that snowball into a credit crunch as NPL’s bite. This is where China’s state controlled banking system turns out to be a benefit, since non-performing loans have far less importance where the default rate and shadow banking volume can be managed centrally.

3. The Capital Trap: demands that there be a fine balance between the exchange rate, monetary policy and capital account. According to Magnus, China has learned the lessons of 97/98 and the recent capital controls have shown that the capital trap is being actively managed.

4. The Demographic Trap: perhaps the most difficult trap to avoid is the demographic trap – that is by no means only a China problem. The whole of Europe has the same issue. Demographic erosion of the economy is slow but cumulative. 3-4 million people retire a year in China and that implies a doubling of the retired community within 20 years. To put this in perspective it took the UK between 60 and 100 years to reach a similar situation. It seems that China does everything faster, bigger and better – including demographics. But where a 1% fall in working population correlates with a 1% fall in GDP the long-term consequences are significant.

So on balance is China facing a Minsky Moment? The answer is “not yet”.

The Hywin event was not all about economics though and with speeches from the Chinese Embassy, City of London, Hywin’s founder Hongwei Han and UK Chairman Shangjia (Monica) Lin the spirit of Anglo-Chinese entrepreneurship and post-Brexit Internationalism was in abundance. 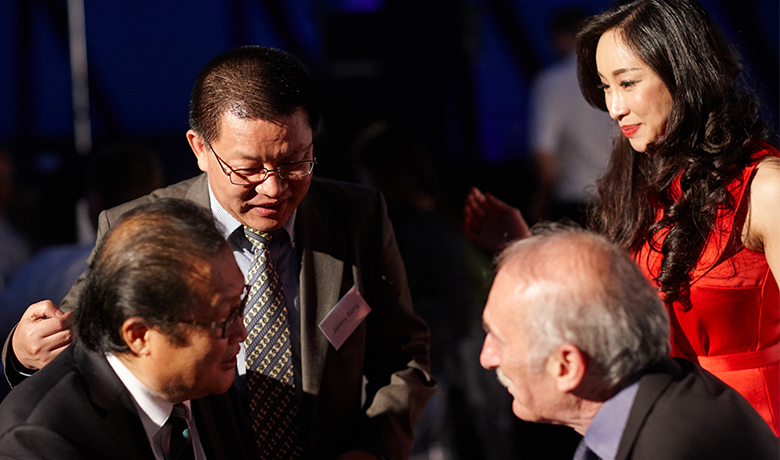 The Value of shares can fall as well as rise; you may not necessarily get back the amount you invested. Past Performance is no guarantee of future performance. Changes in exchange rates may also cause your investment to go up or down in value. Tax laws may be subject to change. Please ensure that you fully understand the risks involved. If in any doubt, please seek independent financial advice.